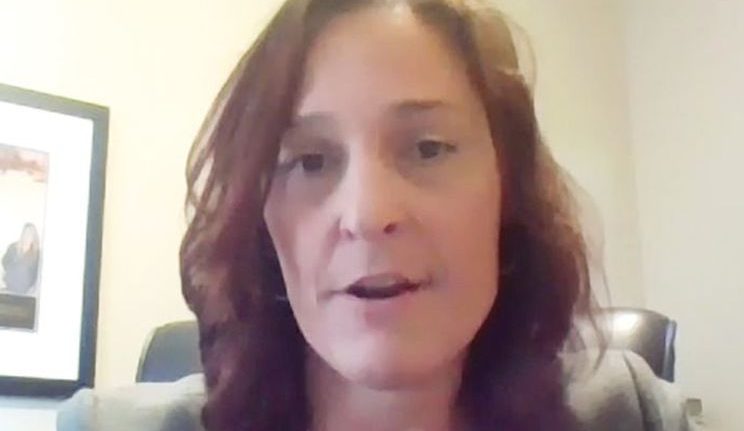 Anna Tomlinson is worried for her mother’s safety.

The Barrie woman hasn’t seen her mom, Gloria, in person for about a month. Gloria has late-stage dementia and is residing in a long-term-care facility within the city. When lockdown measures came into effect, Tomlinson and her sister were prohibited from entering the building.

“My mom is a very real person; we care very deeply for her,” Tomlinson said. “Mom’s dementia has caused her to suffer greatly. She has had hallucinations (and) can sometimes be agitated and confused. Since the day she went into long-term care, we requested she never be left alone in her room. We wanted her out where she could feel social.”

She says staff at the facility try their best, but are working in an “incredibly difficult situation.”

“Now she is left alone in her room most of the time, the thing she most feared,” Tomlinson said. “When she calls out for help, she’s more frequently not heard. She cries more. We can’t see her care to advocate for it. It is absolutely heartbreaking to not be able to properly comfort her. My beautiful, precious mother deserves better.”

Tomlinson was among several advocates who were pleading for better conditions at long-term-care facilities throughout the province, as part of a virtual Ontario Health Coalition news conference held on Jan. 22.

The coalition is calling on the provincial government to immediately recruit and train 10,000 to 20,000 long-term-care staff and improve infection control measures, wages and work conditions at the homes.

In communities where hospitals are overwhelmed, military personnel should be deployed.

“Essentially, the narrative (is) that everything is under control,” she said. “We’re now far beyond where we were in the first wave. These are horrific numbers. If that does not constitute an emergency, what does?”

As of Jan. 21, there have been 56 COVID-19 outbreaks declared at Simcoe-Muskoka region long-term-care and retirement facilities. That’s led to 436 total cases and 54 deaths.

On average, more than one Ontario long-term-care resident dies each hour from the virus, she said.

“People are dying at a rate we’ve never seen before,” Mehra said.