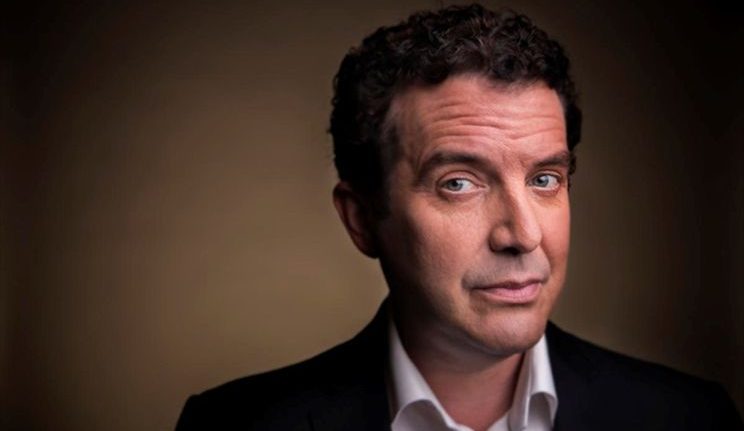 Facing continued resistance to stay-at-home orders, Ontario is turning to comedy in a new social media campaign aimed at getting the message across — including a plea for young adults not to “hook up” because of COVID-19.

Doug Ford’s government has enlisted comedian Rick Mercer in a video rant where he makes light of “loopholes” in the measures introduced a week ago and tries to douse the flames of passion by asking frisky twentysomethings to picture the premier in their bedrooms.

“Just because you can buy pool noodles on sale at Walmart doesn’t mean you had to,” Mercer, who rose to fame on CBC’s This Hour Has 22 Minutes, says in kicking off his appeal.

“Nothing is stopping anyone from purposely slamming the car door on your hand, but we all avoid doing that because it’s bad for us.”

But critics said Ford needs to pay more attention to serious outbreaks in nursing homes with vaccines in unexpectedly short supply and repeated their calls for a return to the paid sick days he axed after taking power in 2018. The premier says a federal program is available for income support.

Residents in nursing homes are becoming infected at the rate of up to 1,500 a week, “the fastest escalation rate to date,” and are dying at the rate of one an hour, said Natalie Mehra of the Ontario Health Coalition, pushing Ford to request a return of Canadian Armed Forces medical teams.

Mercer turned his rant to the 18-29 age group, which is “a challenge” in terms of compliance with pandemic protocols given their higher infection levels, said Heritage, Tourism and Sport Minister Lisa MacLeod, who is overseeing the social media effort.

“Doug Ford is personally imploring you to not hook up. If you are, just imagine Doug Ford in the room just six feet away in a haz-mat suit and he’s watching you,” Mercer intones.

“Imagine the disappointment on his face.”

The stay-at-home order came amid rising daily case levels that doubled from mid-December to mid-January, concerns that hospital intensive care units could soon be overwhelmed with half of them out of beds, and surveys showing at least one-third of Ontarians were ignoring lockdown advice.

Ford would not commit to lifting the order when it comes up for review around Feb. 11 but said he is pleased to see daily cases declining. The province reported 2,662 new infections Friday and the seven-day moving average fell to 2,703, its lowest point in 11 days after reaching a peak of 3,555.

“It seems to be working because the numbers are coming down,” he told Windsor radio station AM800 Friday morning, but cautioned “this is very fluid.”

Ontario health officials are concerned about the U.K. variant of COVID-19, which is 56 per cent more contagious and which British Prime Minister Boris Johnson warned Friday could also be more deadly than previously understood, according to a preliminary analysis.

Until now, public health experts have said the strain is no more fatal than standard forms of the virus. Ontario has found 15 cases of the variant and fears more are lurking undetected, with spread potentially changing the trajectory of the pandemic.

“No matter what language you speak — or in my case try to — all of us need to stay home,” he tweeted.